Welcome to the new St. Kate's Library website! Please navigate around to get familiar with our updated design! If you have any feedback, we'd love to hear it through our website feedback form! 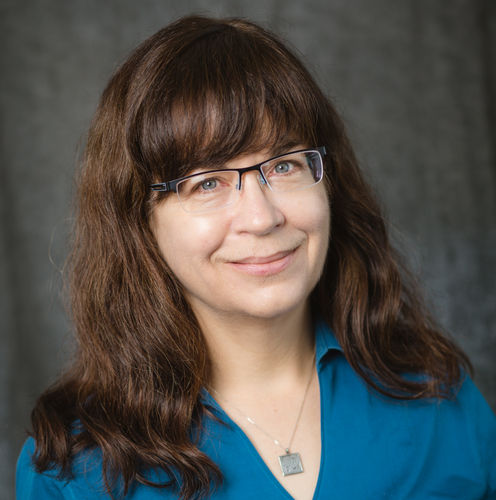 Amy Shaw is the Head of Archives & Special Collections at St. Kate's, and for many years before this recent move she was the Systems Librarian. While new to the Archives, Amy has a lot of experience doing research to uncover the provenance for primary source material. Her book, Ole Hendricks and His Tunebook: Folk Music and Community on the Frontier (University of Wisconsin Press, 2020), reflects this. Starting from a fragile, nearly forgotten, and rather mysterious manuscript of fiddle tunes, Amy reconstructs the world of this Norwegian immigrant musician who settled in Minnesota's Red River Valley in 1890.

Amy has a Master of Library and Information Science degree from Indiana University, an MS in Music Literature from the University of South Dakota, and a BS in Music Education from Tennessee Technological University. Her master's thesis, "Transverse Flutes by London Makers, 1750-1900" led to a passion for playing the wooden flute, and that is what she is often doing when not working at the library!

Shaw, Amy. “Vitality, Life, Soul: Building Up a Town with a Fiddle.” Paper presented at the biennial meeting of the Norwegian-American Historical Association, Northfield, Minnesota, October 29, 2016.